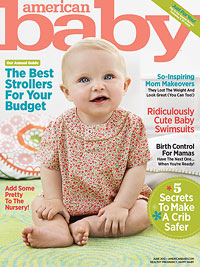 It's been busy with my little anklebiters, but I know I haven't done any frugual-health posts recently. While perusing various topics, one found me in the mail.

It appeared that my subscription the Fitness is a great opportunity for Hearst to advertise the rest of its line to me. Considering how much the magazines cost as an impulse buy at the grocery store, I could just write a check and get a DEAL FUN SEXY GIFT. However, my better sense prevailed because of a few facts. First of all, I am no longer in Cosmo's target market. I'm married with kids - I don't need monthly advice on figuring out what his posture tells me about his commitment.

Health had a different challenge. I have read the magazine and it's heavy on the gimmicks, light on the actual science. Many people do not realize that the lay press vastly over reports on studies and likes to make wide sweeping statements from very little understanding of research. One study that made the news last year was on how many years apart having your children affected their autism risk showed a very small increase of risk if your children were under a year apart - except that they did not control for multiple factors. Every pediatric autism specialist and neurologist rolls their eyes each time they hear about it.

Here is how the laypress reported it along the lines of "Autism risk doubles for children less than a year apart." (I will go on at length in some future post about what their data reallys says - but if you are wondering if the risk of autism is 1% in each child, they found that under 12 months could possibly increase the odds to 3% - in California from 1992-2002 during the same time they widened who they accepted for autism)

This leads me to children's magazines like American Baby and Parenting. Not only do they report headlines like that, they also have articles titled like 'unlock your infant's genius level gifts/telepathy' They recommend expensive products as if they will give your child an advantage. They regularly report or distort things into pseudoscience. they'll quote a pediatrician and then a naturopathy 'expert' or personal trainer in the same article as they had some type of group consensus, when in actuallity most of it was taken out of context.

Hilariously, midway through a particularly painful reading with some ridiculous quote in American Baby from a physician, I was thinking to myself 'what kinda of yahoos do they interview for these things?' I turned to the next article and saw my own boss quoted.

Next, I turned the pages past the 'serious' story that quoted my boss, and the next three pages were about purchasing the best new family car/van. Not a single vehicle was priced under $20,000 and there were no suggestions for good used vehicles. Truthfully, the article implied that you were doing your child a disservice if you didn't buy this years model - even though there is VERY little difference between a 2010, 2011, and 2012 Honda Odysessy minivan.

Have no fear, the next article was about breastfeeding success and some of the objects you should be purchasing to maximize your success. First, Dr. Sears complained that women weren't practicing 'natural' breastfeeding and reaching his minimum goal of 1 year of breastfeeding. (The AAP itself recommends  4-6 months, the AAP counsel on Breastfeeding recommends 6-12 months if possible) He implied that if you really focused, you could be Super-mom and make it a year and everyone was just weakwilled wimps. (I shouldn't be surprised by the anti-vaccine star of 'The Doctors.') The following pages featured some fabulous objects aforementioned Super-moms should run out and buy to achieve 'natural breastfeeding' - a $150 nursing pillow, a $65 'modesty' breastfeeding cover, $30 per bottle BPA free, organic, 'doctor recommended' bottles.

HubbyJD found it hilarious that the next page of featured products had a sidebar column entitled 'How to save money when you welcome your new baby.'

So my best advice about magazines related to 'health' or child-rearing is to avoid them. The health and advice tends to be sensationalized and made into soundbites. Practice critical reading and thinking about what the various claims are recommending. Remember that the magazine is also interested in selling the 'featured' products, even on pages that aren't specificaly identified as ads. You don't need most of the products they are selling and lots of the advice is not helpful or well researched. Your pediatrician can probably recommend you to a few worthwhile books that should be more unbiased.**

Also public service announcement, Pertussis outbreak is ongoing over 16,000 cases in 2012 in the United States. Pertussis seems like a cold to an adult but can cause huge problems for infants and children - 20 babies in California died last year. Please get vaccinated, particularly adults who have contact with children.

*** Disclaimer: I read this book in residency and am not one of the authors. They both have children and attempt to address common questions like bottles/pacifiers/poop/traveling on an airplane.
Posted by Unknown at 2:39 PM No comments: