Here is a follow-up to my last finance article - which I saw in March and wrote the post during my maternity leave. 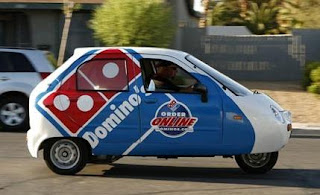 Remember Mr. 350K? Here is Mrs. 100K and her complaints about feeling broke.


Why have I chosen to highlight this woman's post? Because their basic financial situation is very similar to what we use my salary for, except her household makes more money. I exclude HubbyJD's salary because it is essentially dedicated to loans, though it makes my tax bill higher.  She discusses being unable to afford things and feeling poor at 100K. She makes it sound like she's suffering greatly that she has to spend money on things she considers necessities. I just wanted to compare our situations to prove how she's not even close to understanding much about cutting her budget. For comparison purposes, I'll use my take-home pay of 5K and assume her take home is something like 5.5K, even though its probably higher


To summarize Mrs. 100K's situation: her household makes over 100K, has a mortgage in Florida, and pays the tuition of her two kids in community college. It appears they have no credit card debt and own at least one car fully paid off. They pay an extra $250 a month on their mortgage payment and contribute 10% to retirement. They are paying their son's $300/month new car loan so he can deliver pizzas. Yes, you read that correctly. Neither of their sons are taking out student loans and she does not mention any scholarships. She did say that her younger son couldn't find a job.
.
Housing: Her: $1222 + 250 a month. Me: new apartment $1485 per month. Both places are 1800 square feet. She is upset the housing bubble burst, but it doesn't appear that they have any plans of moving anytime soon and aren't behind on their payments. They are paying an extra $250 per month, even though they are not underwater. Do they understand that the extra payment doesn't lower their current payment, just shortens the end of their loan? It doesn't even put you ahead a payment in the event of job loss.

Utilities: Her: $350. Me: estimated $200. At my new apartment we will have to pay electric only, though $200 is high ball guess since we just moved. (I supposed in her neighborhood adding water, sewage, and trash would up it by $150.) I suspect $350 is very wasteful if its all electric, even in Florida. You don't have to run the air conditioner all the time.

Car expenses: Loan: Her $300. Me $190. Insurance Her: $350. Me $110. Gas expense Her: $500. Me $150.  I don't understand why she didn't buy her son a used car. No one expects the pizza delivery guy to have a snazzy car, even in nice neighborhoods. You can get a decent looking compact for much less if appearance is a concern. Since there isn't any other mention of other car payments, they should have at least another car for everyone else to use. They don't sound like they are car sharing or being creative at all about that. They obviously aren't driving the new Domino's electric car from my picture.

What are they doing that they spend $500 in gas? Commute to work? Letting her college-age sons drive the car? Do they contribute gas money either? How about their friends? She's paying their insurance. Her rate is actually relatively good for 4 drivers, 2 of which are college males. It's implied neither were stunning students or they would be in college elsewhere on scholarships. The sons don't seem to be buying into that responsibility either.

Food: Her: $1000. Me: $600. She is not just providing the 'basics' like she claims. They are going out to eat regularly and probably buying lots of convenience items. I say that because she says they are not 'eating at upscale restaurants or buying gourmet foods.' So she's not eating at the new trendy restaurant; its Applebee's and Chili's. It doesn't sound like she's working on cutting costs their either. No comments about making taking lunches to class or work.

Internet/cable/phone: Her: $175. Me: $35. That number she provides sounds like a standard package you can get from the her local provider. I'm sure they have cell phones, which she didn't include or she'd have commented on using all prepaid phones. It's likely they have a 4 person family plan. Do you need a landline? Do you need cable? Can you call your Internet provider and get a decreased amount of service? The students should be using the Internet for studying, not huge amounts of data like online MMRPG/Youtube that take up lots of bandwidth. Can't they use the Internet at school too?

Education/daycare: Her: $1250.  Me: $1250. Both of us spend about $15000 a year on education or daycare. She doesn't want her kids to take out loans, but it doesn't seem like she pushed them to pursue grants or scholarships. I assume the kids are living at home and I don't buy the younger son not getting a job. They live in Tampa; McDonald's is always hiring. Her older son could drop him off at McDonald's on the way to deliver pizzas in the new car.

Missing information: I don't know anything about her health insurance or how much they actually spend on clothing and household supplies that are not groceries. She also mentions that they bought 'stocks' for their son's college funds. When? How much? The stock market is recovering, but what kind or return can she expect on them in a few years?

I tacked her reported expenses at $5447 a month. Add in another $500 for cell phone and other purchases puts her around $6000. This is an extreme low-ball estimate since my budget is $1200 a month for charities, personal expenses, and onetime expenses.

This lady needs to start cutting back on some things. She can easily go out to eat a little less and drop $100 a month. Work in some energy conservation with the thermostat and save another $50 on utilities. Bundle driving together and get some money from the boys for their car use for another $100. Drop the landline, drop cable, and renegotiate your Internet and get $75. Send your youngest to work at McDonald's and get $100 a month. Make both your kids apply for some scholarship or grants. Even if you get $1000 per kid each year, that is about $160 each month.

Total savings with a little work: $585. She could easily double or triple that it if she put in more work, sells the new car, and stops the extra mortgage payment.

So, no, lady, you are not poor, but you are concerned with keeping up with the Jones's. Truthfully, you have things way better than the rest of the US without credit card debt and being ahead on your mortgage payments. You are even saving for retirement and paying for your kids college. (Whether or not covering your child's college is a good idea can be intensely debated elsewhere, go read The Millionaire Next Door.)

If you feel like also being annoyed with this, you can also read the MMM blog for a recent post or read the forum where they discussed this in the 'AntiMMM' section. Oh, and don't forget to congratulate NoMoreHarvardDebt for his recent escape from student loans. . . I may be a bit jealous.
Posted by Unknown at 8:35 AM No comments: