Pros and cons of probiotics and prebiotics 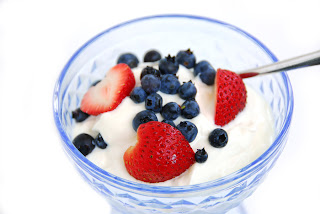 "I'm so confused about prebiotics and probiotics. Am I bad if I just buy my kid yogurt?"

I can see why that is confusing. In the past 5 years or so, the idea of probiotics and prebiotics has become a hot topic. They are listed on so many items, formula, honey, vegetables, herbal supplements, nature food stores, breastmilk. What exactly are they supposed to do?  How do they work? Should I be buying more of them?

We'll start with defining the terms
Probiotic: this is a type of bacteria or yeast that, in theory, gives some type of benefit to the person who consumes it. The theoretical benefits include recovery of intestinal bacteria after antibiotics or diarrheal illness, prevention of allergies, improvement of eczema, preventing yeast infections, curing urinary tract infections, decreasing flares of Crohns disease or ulcerative colitis, preventing cancer, and MANY other claims. These microrganisms are specifically grown as a certain strains (genetically identical and grown in the same manner each time) and there are multiple different strains available for purchase. Common strains are called things like "Lactobacillus acidophilus XXX###" to differentiate it from "Lactobacillus acidophilus YYY###." Any food item that has live bacteria/yeast cultures in it contains probiotics - specifically many yogurts, buttermilk, certain pickled vegetables. They can also be purchased in capsule form or multi-strain combinations.

There is also an active fraudulant internet market of fake and/or unsafe products for the naive.

Prebiotic: any substance that can encourage the growth of the 'healthy' probiotics when consumed.  That seems like a very broad area also, but in most cases, science is referring to a sugar-fiber combination that humans will have difficulty truly digesting, but could encourage growth of 'healthy' bacteria. Generally, the issue that is important is how much of this sugar-fiber each item contains. Almost any food can be claimed to have it, but there is not any real regulation to know which foods have alot of it. This is the list of the top ten foods starting from the top: raw chicory root (64.6%), raw Jerusalem artichoke, raw dandelion greens, raw garlic, raw leek, raw onions, cooked onion, raw asparagus, raw wheat bran, and cooked whole wheat flour (4.8%). The next highest food with prebiotic is raw banana at 1%.

Please explain the theory behind them.
The theory is that some type of illness occurs that alters the appropriate combination of microorganisms in the intestine. If you eat probiotics/prebiotics, you will be helping return to the appropriate balance with these healthy microorganisms. That is why diarrheal/stomach illnesses are such big targets and it seems like it would make sense.

But, unfortunately, the science is not on the side for this one. First of all, the stomach has a very low pH. It is actually around 2, which nears the bone dissolving strength of hydrochloric acid. Most bacteria cannot survive at this pH so probiotics probably do not reach the intestine where they are supposed to work. Also, your gut has a huge number of different types of microorganisms in it, so you won't be able to reach the 'normal' composition of bacteria anyway. For example, after antibiotics, it only takes a few days for a normal person to reachieve their previous gut microorganisms.

How are people testing the health claims?
The ideal way to study this type of thing is to do a double blind randomized placebo controlled study. You have 150 9 year old kids with diarrhea.  You give 75 kids Probiotic#1 and the other 75 kids PretendProbiotic#1.  You record how fast each group recovers from diarrhea when they return to your office in 1 week.  To keep your results bias free, you don't know if you gave the child the real one or pretend one and neither does the parent. Instead, someone else who never sees the kid knows who got what and that person collects the information. That is the strongest and best way to prove something works or doesn't. It prevents expectations and biases from affecting the results.

Sadly, most of the time something more like this happens. Company #1 offers free probiotic to families of healthy children and tells the family all about the theory of fixing diarrhea/stomach problems.  The company contacts the family three months later and asks the parents how many times they had diarrhea in the family.  The company compares the reported amount of diarrhea by the family to the three month average of diarrhea in households in the United States.  If it is lower, they advertise their probiotic 'prevents diarrhea.' This is considered very biased data, altered by multiple factors, and scientifically unsound.

So should I be buying them or not?
That entirely depends on what you believe is going to happen when you use them. The actual health benefits proven in head to head, randomized placebo controlled studies for probiotics have been VERY modest, if any. There may be some small use in diarrhea or post antibiotic diarrhea. Other avenues are being explored, but they are definitely not recommended for immunocompromised children, chronicly debilitated children, or children with indwelling medical devices as the microorganisms have caused serious infections.

Prebiotics also have no proven benefit.  They are being studied particularly for preventing allergies and eczema, but nothing has been proven to be effective yet. Besides, many foods falsly claim that they contain large amounts of prebiotics, when, as discussed above, they do not.  Also the European Food Safety Authority has rejected almost all pre/probiotic health claims as not enough evidence to be proven as of November 2011.

There is also no recommended dose at this time. Each product often contains a different strain of microorganism at a different amount because, technically, these are not medications. There are not strict controls over their contents for that reason. Most companies have their own 'patented' strain they use and market, often as 'better than so and so's product.'

At this point, there is not proof that probiotics will make your normal child more healthy. We have very little evidence they do anything or reach their targeted site easily. Will you harm your child by using them? In most cases, no, particularly if you buy them in the United States in the form of yogurt, and you have no other medical issues except possibly a recent stomach bug that is getting better.

If you do have a child with chronic gastrointestinal issues like Crohns, ulcerative collitis, cancer associated colitis, you should be discussing your individual case with your GI or Hematology/Oncology Specialist.

What will it cost?
A single container of yogurt, made with live microorganism cultures, cost somewhere between $0.25 to $1.25 if you get it with mix ins. There is no proven benefit to buy any that claims to have 'more' probiotics than others.

You can buy 30 'Culturelle' probiotic tablets at Walmart for $16-19, which claim to be lactose free, contain 10 billion cells and have 'more probiotics than yogurt.' 10 billion cells is NOTHING from the relative standpoint of number of cells you are colonized, FYI, so that doesn't mean much. The package also claims to boost the immune system and add healthy bacteria to your intestines.  Each tablet would cost somewhere between $0.53 to $0.63 and contains no calories or protein.

Recommendation:
Keep your expectations low that probiotics may help a little with slowing diarrhea after antibiotics or a stomach bug. The best buy is probably yogurt, but buying the more expensive capsules may be an option if your child has lactose toleration issues. Most food does not contain enough prebiotics except those listed above which will prevent you from buying something will a false claim.

Definitely do not buy anything that has bigger claims than we've discussed or you can purchase from a 'Secret European Lab Doctors are trying to hide from you' that you found on google or in your spam filter.
Posted by Unknown at 8:30 PM