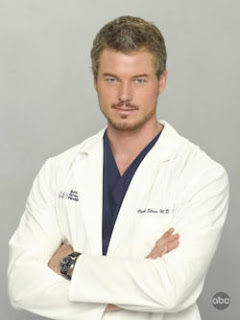 So how much do doctors really make? I watched Grey's Anatomy and they seem to have EVERYTHING . . .

As ever, TV does not reflect reality, even if I wish it did. For doctors, your specialty determines what your pay rate will be, what kind of lifestyle you will have, and how long your training will be.  The lowest paid specialty is psychiatry followed by pediatrics and family medicine.  The middle of the road is emergency medicine, internal medicine, anesthesia, and OB.  The highest paid specialty is neurosurgery with radiology, additional surgery disciplines of general surgery, orthopedics, ophthalmology, ear-nose-and throat and plastics.

Rather than break each one of them down, I'll do some examples of what the lifestyle is like, using JaneMD's modest loan amounts. Keep in mind that many start with much higher loans in the 200-300K range from undergrad and medical school. Banks like to loan doctors tons of money because we appear to be good risks. As you'll see shortly, they should be rethinking that plan.

Scenario #1: Jane MD owes 150K when she graduated from medical school. She got married and started a 3 year pediatric residency. Her loans were put in deferment for 2 years and forbearance for one year since the poverty rules changed.  She made 40K as a first year and got a 2K raise every year.  She couldn't pay off her loans at all during residency, had a baby, and worked on average 60-80 hrs/week.  She graduated and decided not to go into office practice which would have paid about 90-115K for a first year.  She works as a hospitalist 50 hours a week and gets a few extra days off per month, making the bottom end of the scale, but her malpractice is covered by her group. She owes 175K after interest at her first 'real' job at the age of 30. She is expected to pay 220K in interest over the life of her 30 year loan with a $1100 monthly payment for a total of 395K.

Scenario #2: Jane MD owes 150K when she graduated from medical school. She started a 4 year anesthesia residency. Her loans were put in deferment for 2 years and forbearance for 3 years since the poverty rules changed. She lived in Oklahoma for her first year of 'transitional/intern' year and then moved to another state for her next 3 years of training. She stayed single because of her moves and decided to move again to do a one year adult cardiothoracic anesthesia fellowship. Her salary slowly rose to 50K over her for her 5 years. She can only work in a hospital environment, gets yelled at by the surgeons daily, and works 4-5 12hr shifts a week for a salary of 230K of which her malpractice insurance is 75K. She owes 210K at her first real job at the age of 32. She is expected to pay 260K in interest over the life of her 30 year loan with a $1325 monthly payment for a total of 470K.

Scenario #3: Jane MD owes 150K when she graduated from medical school. She got married before she started a 5 year surgical residency. She decided to specialize in thoracic surgery which required a move and an additional two years of training and one year of research. Her loans were put in deferment for 2 years and forbearance for 6 years since the poverty rules changed. Her salary during her training was up to 70K, but she didn't make any student loan payments.  (She and her husband bought a house so he had somewhere to hang out since she worked 80-120 a week.) Her salary potential of 350K to 700K, if she is willing to work 80-100 hours a week and perform a huge number of surgeries.  She also is required to pay 150K in malpractice insurance no matter how many surgeries she performs. Her husband really wants to start having kids, a life, and is discussing divorce if he doesn't finally get some attention now that her training is done.  She owes 255K at her first real job at the age of 35. She is expected to pay 310K in interest over the life of her 30 year loan with a $1620 monthly payment for a total of 565K.

Jane seems to be having a rough time on her personal life in Scenario #3, doesn't she? It's not a joke though. Some surgical programs have been known to brag about their 100 percent divorce rate of their resident trainees. I kept the scenarios a bit simplified. Just imagine what Joe MD, the surgeon, would have owed if he had a wife and 3 kids over those 8 years, bought a car, and a house. Please don't say that is short sighted of him. Time is marching on for the doctors as many graduate medical school at 26-27 years old and then go one to low paid training despite college degrees and professional degrees.

If you want a very in-depth evaluation of exactly how doctors are paid, I recommend reading a much longer blog post by Benjamin Brown MD "The Deceptive Income of Physicians." He really breaks down the hourly pay rates and points out that physicians typically cannot deduct their loan repayments on their taxes. (This may be the only year we can because we only had 'good jobs' for less than half the year and had a family of 3)

You may ask if this makes me wish I had selected a different specialty or not gone to medical school at all. Some of my fellow physician friends note that many specialized physician assistants make similar or better money than pediatricians with 6 less years of loans and education. I do understand that type of thinking, but I am happy with my life and my job. I did not become a doctor because I believed I was going to make my first million before I was thirty, though I didn't think through that I could possibly owe 1/2 million dollars.


Next post: Risk and benefits of VBACs - economic and otherwise.
Posted by Unknown at 6:57 AM