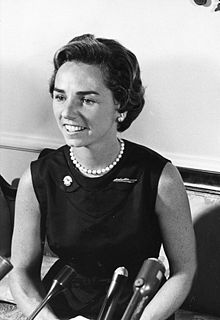 While waiting for deliveries in labor and delivery, I often flip through the channels and invariably come across 'A Baby Story,''Make Room for Multiples,' 'I Didn't Know I was Pregnant,' 'One Born Every Minute,' and so forth. Oh, the drama of birth, reality tv, and often fake re-enactments. It is hilarious to watch these parents with the illusion that they are in some way controlling their outcome or how their delivery will go. Even more hilarious are watching reactions to certain events. 'My doctor is moving my scheduled C-section to today instead of next week. OMG, I'm not ready! I'm only '38 1/2 weeks!' we're supposed to be at 39!!!"

Really? Thanks TV. However, with the recent Today show discussion of VBACs and stupid shows giving horrible medical advice like The Doctors, I am willing to have a little longer discussion of VBACs, vaginal birth after cesarean section. (I refuse to link to that since the Doctors employ pseudoscience and has an anti-vaccine physician on it). I'll give you a little history on VBACS and then discuss my own personal story.

(Today's photo is of Ethel Kennedy. She had 11 children, with the last 5 being born by c-section. Supposedly the world record for c-sections is 11 for 1 person, but I can't confirm that. Nor do I recommend performing a c-section on yourself like Ines Ramírez Pérez did - the only person known to have performed on on herself and survived.)

The VBAC's story.
Conventional wisdom had dictated that if you had a c-section, it was recommended you have another 'repeat' c-section without labor. It was safer for the mother, and she often had a medical complication or issue that led to her having a c-section to begin with. In the 1990's-early 2000's, VBACing was all the rage. Maybe many of those women could deliver vaginally. OB's admitted that they sometimes performed c-sections for some weaker reasons and were willing to try more VBACs. During that time, they would allow anyone who had a c-section at any time for any number to try a VBAC and had success rates in the 60-70% vaginal deliveries. C-section rates fell, and it was a great time to do vaginal deliveries. . .

As with all good, safe medicine, people then sat down looked for patterns in risk and success. A major pattern was discovered; 1% of all VBACs will have uterine rupture. In uterine rupture, the uterus tears itself open during the contractions and there is a good chance without IMMEDIATE medical intervention, the mom and the baby can bleed to death and die.

This knowledge led to a big change in OB practice. The only places to continue offering VBACs were high risk places that could always offer a c-section at a moment's notice. To do that, there needed to be an OB, anesthesiologist, and surgical team in house 24/7. Most hospitals schedule their c-sections or call their OB's in when delivery is close. A scheduled c-section is much more controlled and has a lower risk of infection to the mother than a c-section after labor. Many OB's say the safest delivery is a vaginal, followed by a c-section without labor, and then a c-section with labor.

There was also a few other patterns noticed in the likelihood of VBAC success. Multiple previous c-sections increased the risk of uterine rupture and decreased success. Obesity, diabetes, large babies all were less likely to deliver vaginally. Inductions made it less likely and earlier gestational ages too. White patients did better than African American and Latino patients. The reason for the previous c-section also played a big part - if you were failure to progress or dilate, your chances fell alot. Therefore, if you had two previous c-sections, were an African American gestational diabetic, you had very LOW odds of finding an OB willing to attempt a VBAC.

Why did I want a VBAC? C-sections are extremely safe operations, and many people have repeat c-sections without problems. However, most people in the US stop at 2-3 c-sections. I'm a pediatrician, I love kids, and I want more than 3. According to my OB coworkers, the main issue with multiple c-sections is how bad the uterus has scarred. With a second c-section, they will know how bad you scar when they get in and thus how difficult future c-sections will become. I don't want to be the crazy pregnant lady in the OB office who has been told to stop having kids because her uterus just isn't up to it anymore. I'm a medical professional who would have to look other medical professionals in the eye and explain why I would be pregnant against medical advice. (I also saw someone die on her 13th pregnancy after her OB had begged her to stop having kids.)

After asking around, I ended up going to the large high risk practice at the local teaching hospital where I trained and lucked out that my main OB ended up being on board with my goal of VBAC. Between ultrasounds, stress tests, and rule out labors, I saw seven different OBs and figured out which three were most supportive of VBACs. I had always planned on delivering at that hospital anyway since it had a large NICU, just in case.

Then we ran into the problem of waiting for Child2 to arrive. My work schedule is determined monthly, so was off the schedule on the first of February till April. I wanted at least 6 weeks of maternity leave, but when the baby didn't come in early February, I was burning through my maternity time. You can wait until 41 or 42 weeks gestation, except that would have left me with 3 weeks of maternity leave. I was working out 2 hours a day for two weeks; I could induce contractions but didn't go into labor. After discussion with my OB, we scheduled an induction.

Yes, I already know that inductions decrease the chances of VBAC success, I just didn't have the time to wait. My OB was quite canny about the whole thing and scheduled it so I tried to deliver in a three day stretch where my 3 most pro-VBAC OBs were covering their service. I also knew I would be allowing residents and medical students to examine me and that if I missed my VBAC window, I would almost certainly be c-sectioned. My computed odds of VBAC ran between 40 and 60 percent. (I told my Hubby JD that it was 60% to keep him on board)

If you really want to calculate your personal odds, VBAC success rate calculator. The most important factor though in calculating success is - you guessed it - having a previous successful VBAC!

Next we'll talk about the 1% and then move on to discuss My VBAC story.
Posted by Unknown at 2:00 PM